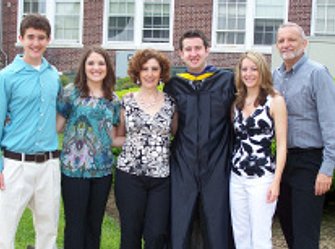 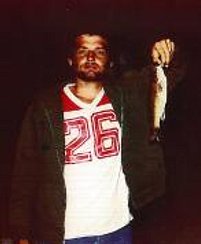 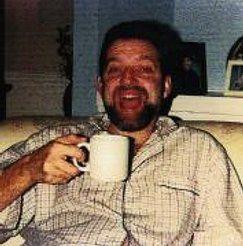 From 1992-2009, Bruce volunteered his time to coach hundreds of young athletes at the Wayne Police Athletic League.  Coach Bruce truly enjoyed his time on the baseball field with his sons and other players.  He could be recognized coaching first base with a Dunkin Donuts coffee cup in hand, a smile on his face, and an encouraging word to his players.  His unwavering devotion to his family and friends was also evident in his dedication to his favorite team, the New York Mets.  He stuck with his team through their inevitable ups and downs.

Bruce often woke up at 4:30AM to get his day started. By the time the sun came up, he had usually already worked out and taken his 3-mile run around Packanack Lake, and was working on reading the Record newspaper in his recliner.  He took pleasure in watching Seinfeld, Everybody Loves Raymond, and Friends, and these comedies were reflected in his great sense of humor.

Bruce spent many years working as financial controller for Whatman, Inc. of Clifton.  Most recently, Bruce was employed at GenPro, Inc. of Rutherford.  From his office window, he was able to watch the construction of the new Giants Stadium, and reported on its progress each night when he came home.  In fact, Bruce had the opportunity to see Bruce Springsteen in concert in Giants Stadium in late September.

He enjoyed vacationing with his family in Ocean City, NJ where he spent his summers since he was young at his family’s shore house.  Other favorite vacation spots included Fort Lauderdale, New Orleans, and Las Vegas.  Bruce enjoyed driving his Jeep Wrangler, especially with the top off in the warmer weather.  Destinations often included local restaurants with the family, as dining out was of great enjoyment to his whole family. He enjoyed a variety of food from Mexican to Japanese, and always was willing to try something new.

Although the loss of Bruce has left a huge void in the lives of his family, friends, and co-workers, his legacy will live on forever in the lives of those he influenced.  Bruce was a practical man and known for his generosity and kind-hearted nature. The funds raised by the Born to Run 5K 2019 will be well-distributed to local organizations and those in need, something that Bruce would have surely wanted.  It brings his family and friends great pride to know that this year’s event, which follows the run which he did many times a week for years, is being held in his memory.

People often are classified as glass “half full” or “half empty.”  Bruce was neither—he was always a glass FULL kind of guy.

Despite not having any of the risk factors or any early warning signs for esophageal cancer, Bruce was diagnosed with an aggressive form of the disease just 5 weeks before his untimely death on December 1, 2009.  It took weeks to determine a definitive diagnosis, as the cancer had spread rapidly by the time it was discovered.  In spite of his diagnosis, Bruce remained upbeat until the end.  He went to all of the Wayne Valley football games and worked up until two weeks before his passing.  His courage was evident when in the last few weeks of November, although weak and sick, he drove himself down to Packanack to walk along the dam one last time.

Although his life was cut short far too suddenly, Bruce Eckrote truly took advantage of each day.  A devoted husband, father, brother, son, coach, and co-worker, Bruce never hesitated to lend a helping hand or go the extra mile for a family member, friend, or even a stranger.  He never missed one of his four children’s sporting events, and worked hard all day at the office and always looked forward to coming home for a family dinner.   He was as good-natured as one could be, with the ability to carry on a conversation with just about anyone.  Bruce was the ultimate handyman, spending most of his weekends doing projects around the house— no project was too big or too small.